What is CSS Sprite ?

In Css Sprite case The Sprite world is quite misleading because here sprite is not in mean of a small picture, but it’s for a one big image.

You’ve probably seen that CSS technique where a button image change on hover within the same image shifted by background-position.

CSS-Sprites extend this technique. The difference is that instead of two or more images, combined all into one, you can use any number of images. and display particular image portion from one big Sprite image by set it position.

Why us CSS Sprite ?

All browser makes http-request to the server for every image. But when you combine several images into one and make one big image for all images, this will reduce number of requests to the server to one request. So it means clear if you have one combine picture of all 30 images instead of 30 seprate images, the server will make one request instead of 30. This technique is called CSS sprite. It improves page load speed and less load on server.

How to create CSS Sprite ?

Now We know benefits of Image Sprites, than next is how can we create those sprites?
To make it easy for us there are many various tools both online and offline for creating CSS sprites without paying any charge. 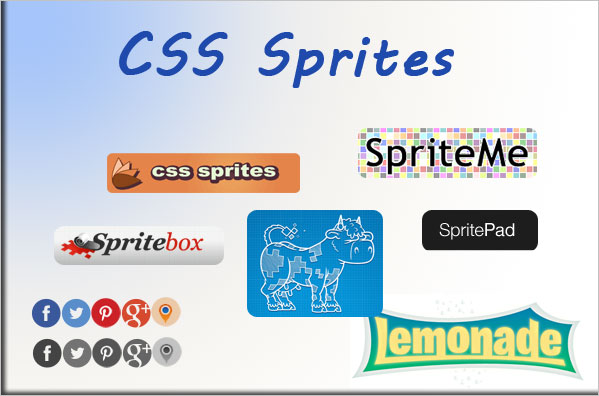 They are all pretty easy to use and do their job quite well. among lots  of tools here i’m sharing Top Ten list of recommended CSS sprite generators.

Iconic One Theme | Powered by Wordpress